Regino Jiménez Saez, one of the foremost authorities on Afro-Cuban drumming, particularly the batá drums, former drummer with the legendary Jesus Pérez, member of Danza Contemporánea de Cuba for over forty years, and Musical Director of Danza Contemporánea de Cuba for over thirty years, died late last night after a battle with pancreatic cancer. He was 56 years old. I first met Regino in Tijuana in 1989, one of many Californians who traveled across the border to study Cuban music with visiting masters. After 1990, I didn't see Regino again until I went to Habana in 1996, then again in 1998. In 1999-2000 he spent a lot of time in San Diego, and though I lived in Los Angeles at the time, I spent many nights down there, studying with Regino and just hanging out. I saw Regino in Habana again in 2000 and 2003, and in the years between Regino would come to the USA to work as an instructor of folkloric music. I saw Regino 2 1/2 weeks ago and thanked him for all he has taught me and said my goodbye, but I hoped that I would see him again. Up until this recent trip, I had never stayed anywhere in Havana except in his house; the city will never again be the same for me without him. He was my father in Afro-Cuban drumming and always will be, and today I am heartbroken. Modupué Babá. 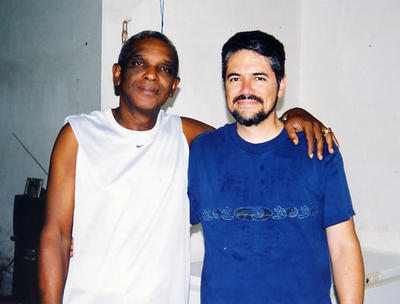 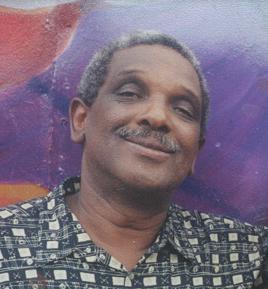